When We Were Twins: Songs based on the novel Born Confused by Tanuja Desai Hidier 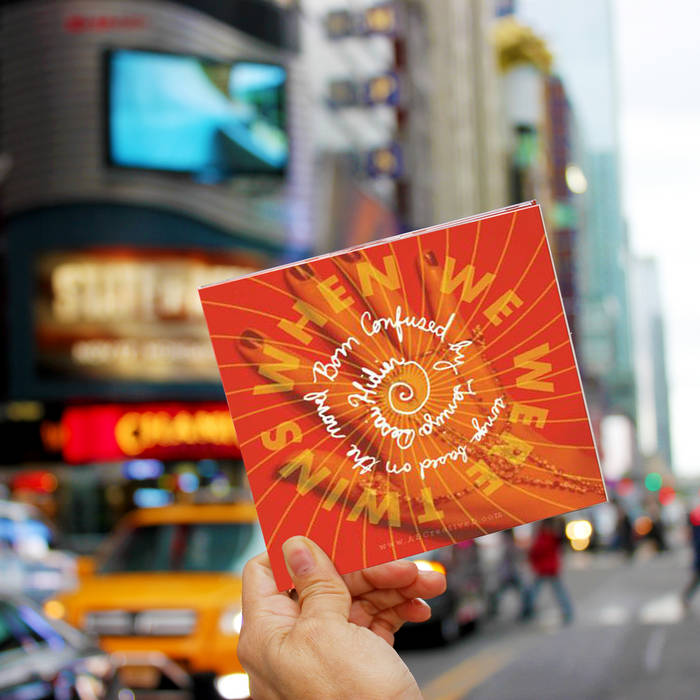 WHEN WE WERE TWINS is:

WHEN WE WERE TWINS PRESS:
” … reminiscent of Alanis Morissette [When We Were Twins] reflects the clash of styles, sounds, and influences inherent to cultural assimilation and urban living.”

“…a series of observations with expansions, commentaries, and insight. The music is pop with rock leanings, with only minor hints of any ‘world music’ influences, and this is absolutely right for the contemporary backdrop to the novel.”

—School Library Association (UK), When We Were Twins review

“With so much manufactured pop, there’s always room for a more unique sound, and that’s exactly what [Desai Hidier’s] London band San Transisto [When We Were Twins] wants to provide its audience … San Transisto’s music is refreshingly different and that’s what makes it stick.”

—Anokhi Vibe Magazine, “Borders” feature on Tanuja and When We Were Twins by Meera Dattani

“The talent and versatility displayed on When We Were Twins is impressive and well worth a listen.”

“Have you ever heard of novels coming with soundtracks? Tanuja is a musician as well, so “booktracks” seemed only natural. Her music accompanies both novels, immersing readers in a full multi-media experience…Creativity is the name of [Tanuja’s] game and she plays it well. She inspires me to use different mediums to create and I hope she can do the same for you!”

“Tanuja Desai Hidier is best known for her 2002 novel Born Confused, a comical look at an Indian-American girl’s coming of age amid New York’s vibrant second generation desi music scene. But Hidier has other talents a well—the green-eyed beauty is also a composer and singer, who heads bands in London and New York.”